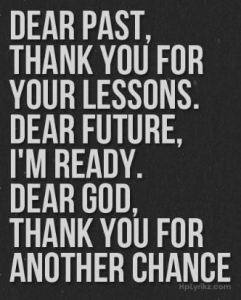 And God everything in our lives to work together to accomplish His plans for us.  (Romans 8:28

This is not the first time that I’ve made mention of this, but I think it bears repeating.  I know that I still have to be reminded about it from time to time.  In my younger years, I had the opportunity to begin coaching various sports at my alma mater.  I started coaching girls basketball, something I had never even considered.  Then track, in which I had a limited background.  And, finally, cross-country, where I had absolutely no clue what to do.

In those early days, I think I learned more from the athletes than they ever learned from me.  But I loved doing it and eventually learned enough to begin to actually teach others.  The teams I coached became very successful.  And the more successful they became, the more I wanted to teach them to become even better.  After a few years, the time and effort I put into coaching began to define who I was.  It was consuming all my energy and I never even realized it.  Then an opportunity to become a teacher/principal at a private school came up.  Because I would be new to the job, my employers wanted me to focus all my attention on their school.  l had to give up coaching.  I was absolutely crushed.  It was then that I finally realized how much my life had become unbalanced with a huge amount of time spent coaching and limited amounts of time spent with my family, my church and my “real” job and even the hobbies I used to enjoy.

As I applied myself to my new position, I learned to balance how I spent my time in all the things  that mattered.  Somehow, God gave me the ability to manage my time and energy so that I actually had the time to do other things.  By my second year at the private school, the School Board was pleased enough with the job I was doing, that they wanted to increase my salary.  Unfortunately, their budget was too small.  So, they gave me the opportunity to go back to coaching to supplement my income.  I couldn’t believe it.  Because I realized I had messed up before, but now had my priorities straight, God provided a way for me to return to doing something I loved.  So I returned to coaching and continued for almost another 40 years.

He really is the God of second chances.