If a tree falls in a forest and no one is around to hear it, does it make a sound?” is one of those quirky philosophical thoughts that raise questions regarding observation and knowledge of reality.  Its basis is in Eastern philosophy, but has been adopted by Westerners who try to answer it by delving into the concepts of observation, compression, rarefaction, quantum theory and the nature of reality.  Personally, I don’t give two hoots.  It’s just that sometimes our scientific generation can get lost in the minutia of trying to explain everything in terms of what man can understand. 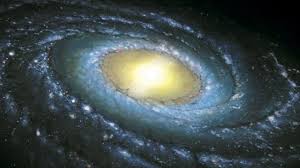 Science came into its own in the 1700’s, and though some of the great names were Christians (such as Isaac Newton), the overall effect of science was to cast doubt on the Bible.  The universe functioned by laws and had gone back for millions upon millions of years and would presumably go on forever.  Science began to replace religion in explaining our existence and purpose.  Then along came Georges Lemaitre, a Catholic cosmologist, who proposed that there was a “point” from which the universe began and expanded.  Fellow scientist, Fred Hoyle, who did not accept the notion, sarcastically named it the “Big Bang” theory.  Despite this, most scientists came to believed Monsignor Lemaitre’s theory.

But for me  the concept brought to mind the story of Genesis 1:3, where In the beginning, God said, “Let there be light,” and there was light.  What an explosion of sight and sound and organized cacophony that must have been.  God merely spoke and the universe began.

When Jesus spoke to Paul on the road to Damascus, He said, I saw on the way a light from heaven, brighter than the sun, shining all around me and those who were journeying with me.  And when we had all fallen to the ground, I heard a voice saying to me in the Hebrew dialect, ‘Saul, Saul, why are you persecuting Me? It is hard for you to kick against the goads. (Acts 26:13-14)

When Moses needed to speak with God about the Hebrews, Mount Sinai was all in smoke because the LORD descended upon it in fire; and its smoke ascended like the smoke of a furnace, and the whole mountain quaked violently.  When the sound of the trumpet grew louder and louder, Moses spoke and God answered him with thunder. Exodus 19:19-20)

When Mary and Mary Magdalene went to the tomb and found it empty, a severe earthquake had occurred, for an angel of the Lord descended from heaven and came and rolled away the stone and sat upon it.  And his appearance was like lightning, and his clothing as white as snow. The guards shook for fear of him and became like dead men. (Matthew 18:2-4)

There were many other times that God made His presence visually or audibly known to man.  Some were accompanied by blinding light, the sound of thunder, earthquakes–to just name a few.  Yet the modern “scientific” man continues to ignore those recorded events, brushing them aside as fables or coincidences.  As science attempts to explain more and more of our universe, many scientists are beginning to recognize that their theories coincide more and more with what the Bible has always said.  Archeological discoveries are constantly validating locations and events.  It may well be that many of these professionals are starting to wonder if the Bible and Christianity are the real things-something we’ve known since we came to know Jesus in a personal way.

As Christians, we can only say to the others, “What took you so long?”

3 thoughts on “The Big Bang Theory”