Have nothing to do with foolish, ignorant controversies; you know that they breed quarrels. (II Timothy 2:23) 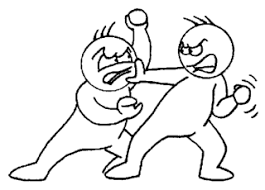 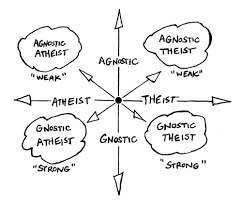 Inn 325, one of the biggest theological battles in the history of Christianity was over a vowel.  Is the Son of God of “similar substance (homoiousios) or of the “same substance” (homoousis)?  The argument threatened to divide Christianity.  Roman emperor Constantine brought 220 of the chief bishops in the church to meet as the Council of Nicaea.  The ensuing argument was so passionate that there were actually fights that broke out between supporters and opponents of this question.  The Council eventually decided that the Son was the “same substance” as the Father.  The council lasted for nearly a month.  Was he “like” or “the same as ” God?  What a waste of time!

When we of the “modern” age look back as this, the whole issue seems ridiculous.  Yet how many of us today have heard questions like “How many angels  may dance on the point of a needle”?  “Did Adam have a belly button”?  “Can God create a stone that is too big for God to move?”  The leaders of the Jewish community tried to get Jesus to argue with them many times.  When He healed someone on the Sabbath, they were incensed that He had violated their narrow interpretation of the law.  Another time they questioned the fact that He and His followers picked ears of corn to eat on the Sabbath.  When a woman was caught in adultery they tried to get Him to agree with them that she should be stoned.  They tried to get Him into a debate over a women who had been remarried each of many times when each husband had died.  Who would be her husband in the afterlife?  Each time He answered with the Word of God.  And why wouldn’t He?  He is the Word of God!

In Jesus’ time, there were groups of men who constantly sought after knowledge, but didn’t recognize or understand Truth.  Today men are more educated than anytime in history.  Yet most still do not or recognize Truth.  Timothy wrote, For the time will come when they will not endure sound doctrine; but wanting to have their ears tickled, they will accumulate for themselves teachers in accordance to their own desires, and will turn away their ears from the truth and will turn aside to myths. (II Timothy 4:3-4)

If you’re looking to have your ears tickled by new and interesting knowledge about truth,  but not by Truth, scratch that tickling and refocus your interest and passion in the Truth of the Word.

But avoid foolish controversies, arguments about genealogies, quarrels, and fights about the Law. These things are useless and worthless.  (Titus 3:9)

6 thoughts on “The Great Vowel Debate”