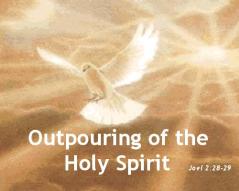 “But I don’t dream,” you might say. Well, that’s not exactly true. According to EvangelicalOutreach.com, Scientific studies have shown that everyone ever studied dreams, and so it’s generally accepted that everyone dreams.  Sleep studies have shown that we go through several cycles of light to very deep sleep each night. One phase of each cycle is called Rapid Eye Movement (REM) sleep. Whenever a researcher woke up a sleeper in REM sleep and asked what was happening, the sleeper always said, “I was dreaming.” In fact, even animals experience REM sleep, so we surmise that they, too, dream—but we cannot communicate with them to find out anything about the nature of their dreams.

Joseph was probably best know for his dreams and interpretations of them.  As a boy, he had two dreams about himself which he that with his family, which was a bad idea because it caused his brothers to hate him so much that they used trickery to sell him to some slave traders (Genesis 37:5-11).  Then, later, when circumstance beyond his control caused him to end up in prison, he interpreted the dreams of two cellmates.  For one, it was a “happy” interpretation; that the prisoner would be returned to his former position in Pharaoh’s court.  For the other, it was not so good as Joseph foretold his death (Genesis 40:1-22).  Eventually, his ability to interpret dreams reached Pharaoh (the leader of Egypt at that time).  Pharaoh had two dreams that no one could interpret.  Then someone remembered that Joseph had interpreted two of his cellmates’ dreams accurately.  Joseph was able to interpret Pharaoh’s dreams, indicating that they showed that there would be seven years of plenty in the land, followed by seven years of famine.  Joseph then made suggestions as to how to successfully deal with these upcoming events.  Pharaoh then appoint Joseph as his second-in-command (Genesis 41:15-44).

There is a near repeat of Joseph and Pharaoh’s dreams with Daniel and Nebuchadnezzar.  This time it was wicked and idolatrous Nebuchadnezzar that had dreams about the future from God.  In the second year of his reign, Nebuchadnezzar  had dreams; his mind was troubled and his could not sleep.  In order to know if the interpretation was real, Pharaoh required that the interpreter first tell what the dream was.  Needless to say, no one could tell what someone else’s dream was.  Nebuchadnezzar was ready to execute all of his wise men magicians, enchanters, sorcerers and astrologers.  When Daniel learned of this, he went to his friends Hannaniah, Mishael and Azariah to urge them to pray that God would grant them mercy and give Daniel the dream and its interpretation.  As with Joseph, Daniel’s interpretation was accurate (Daniel 2:31-45).

In the New Testament, there is the story of Joseph; the man who married Mary.  He found out that she was pregnant before he had any sexual relations with her.  Because he was a kind man, he was going to divorce quietly and not make a public spectacle of her.  In a dream, an angel told Joseph to marry her because the child she was carrying was conceived by the Holy Spirit and that he was to name Him Jesus because He would save His people from sin.

As noted before, there are 21 instances of dreams in the KJV.  As with our own dreams, some brought joy.  Some predicted woeful events.  Some gave hope.  Some where meant only for the dreamer.  Others were meant for everyone.  Some came as answer to prayer, while others came from our of the blue.

Based on what the Bible says will take place in the last days, what I see and read about news from around the world, the fact that I am Spirit-filled, and that, at the age of 64 I can probably be considered old, I’m thinking I should  think about and begin to pay attentions to my dreams.  Who knows what God may be trying to say to me?

3 thoughts on “I Had Too Much To Dream Last Night.”