The book of Revelation is a tale of two cities, each represented by a woman.  According to Colin W. Smith, the author of many devotionals, the first city is Babylon (see Rev. 18), another manifestation of the tower of Babel, which reminds us that throughout human history, right up to the end of time, humanity will continue in its defiance of God. That city is represented by a prostitute.  The second city is Jerusalem, and it is represented by a bride. 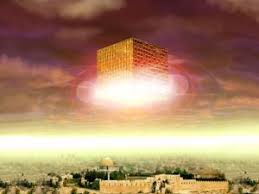 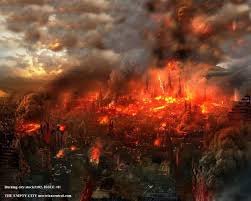 Imagine the contrast of these two women, projected simultaneously on a screen.  The prostitute sits on a garbage heap, destitute and filthy.  Unclean birds fly around her head, and her soul has become a haunt for evil spirits (See Rev. 18:2).  She can still remember her glory days when she was the desire of rich and famous men, but nobody wants her now.

The bride is about to begin her procession.  She is dressed in white, and her face is radiant.  The one who waits for her loves her more than words can tell.  the bride of Christ comes forward to the sound of trumpets.  She knows that this is the moment of her destiny.

3 thoughts on “A Tale of Two Cities”