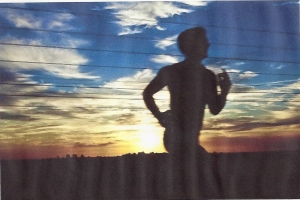 For many years I was a very competitive athlete.  I followed up with even more years as a very competitive coach.  I seem to have retired at about the right time since the current philosophy in sports seems to be that everyone deserves “game-time” simply by virtue of being alive.  In high-school cross-country running, you can only run seven runners in a varsity competition.  Everyone else runs junior varsity.  It doesn’t matter how hard you work or how old you are.  It’s a simple matter of endurance combined with speed.  Yet I was blessed with a large group of individuals  who believed in always giving their best effort at everything they did.

When we prepared to compete, it was more than just practicing our endurance and our speed.  We tried to keep every aspect of training at the highest level.  This included being concerned with diet, hydration, clothing, footwear, sun exposure, sleep, social activities and mental preparation.  If we did it right in practice, chances were good that we would do it right in our competitions.  Many of these athletes also trained to run during winter and spring track as well.  They did it right often enough to win 4 State Championships and were runner-ups 3 additional times.

In 1 Corinthians 9:24 (NLT), Paul writes, “Don’t you realize that in a race everyone runs, but only one person gets the prize?  So run to win!  All athletes are disciplined in their training.  They do it for a prize that will fade away, but we do it for an eternal prize.  So I run with purpose in every step.”  Fun running is a nice social activity, but if you want to win the prize you have a reason for everything that you do.  If young junior high and senior high athletes can understand this and apply it to their lives to win a trophy that will eventually find its way to a forgotten box in the attic or the garage, then we as Christians must recognize the importance of all that we do in our walk with God.  Our prize of eternal life will never fade or be forgotten.  This may mean that we have to do some things differently.  It may even mean we have to stop doing some things–even enjoyable things–in order to pursue our God-given purpose.  Anything that steals our time and produces wrong results needs to go.  Paul knew he had to bring his body, mind and emotions under God’s control.  It’s the same for each of us.

Of all the awards and prizes won by my running teams, my most cherished memory (and possession) from those athletes is a hooded sweatshirt they gave me at the end of one particular season.  Across the back it reads, “Test your faith daily.”  That’s what Paul was talking about.  And those athletes got it!

2 thoughts on “Are You Competitive?”